By Eleni Natsi  |  Jul 02, 2022
The Yuan recently spoke with Dr Georgios S. Stamatakos, father of in-silico medicine, research professor at the National Technical University of Athens, and director of the In-Silico Oncology and In-Silico Medicine Group of ICCS-SECE-NTUA, to find out about this fascinating scientific field.

ATHENS – In-silico medicine (ISM), an emergent scientific and technological domain based on clinically oriented multiscale biomodeling, appears to be on the cutting edge of medical science. The translation of mathematical and computational biological science to clinical practice through the massive exploitation of information technology and artificial intelligence (AI) is expected to significantly improve the effectiveness of treatment in the future, since reliable computer predictions could suggest the optimal treatments for each separate case. 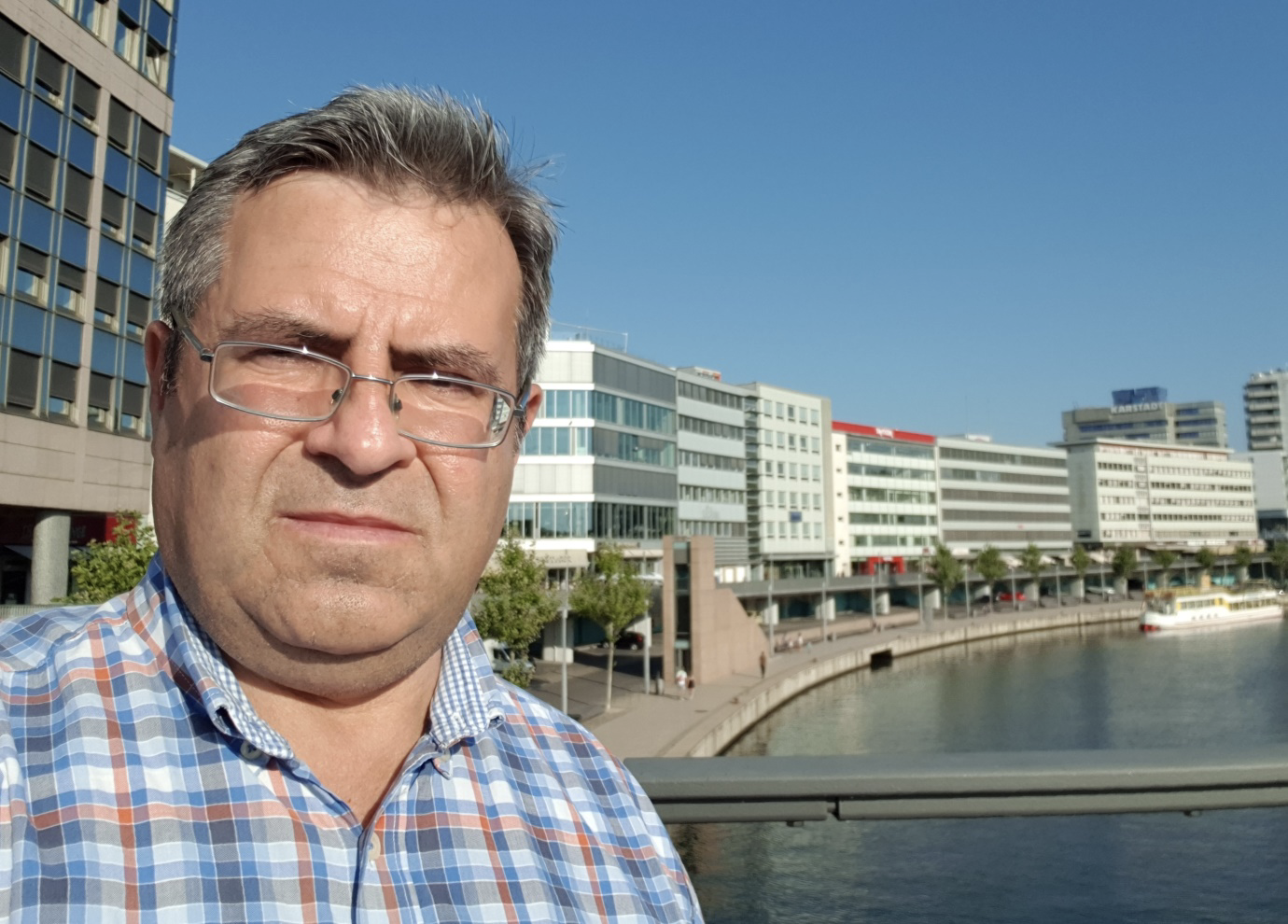 The Yuan: As a researcher, how and why were you led to the creation of a new scientific domain, that of in-silico medicine?

Georgios S. Stamatakos: Prompted by the great quantitative discoveries in biology and other physical sciences made before 2000, as well as by the tremendous unmet needs of medicine, I felt it was high time for medicine itself to be metamorphosed into an exact quantitative scientific discipline with parsimonious overarching mathematical principles, methods, models and in-silico simulations – in other words, simulations on the computer – pretty much like conventional physics.

Such an approach would have been directly applicable to the natural phenomena involving the living matter of patients before, during and after medical interventions. The development and the personalized parametrization of medical simulators – digital twins – such as the proposed oncosimulator,1 which would have been based on the previously mentioned conceptual and algorithmic components, would offer clinicians the possibility of experimenting in-silico to select the optimal treatment strategy out of a range of possibilities for a given patient and a specific clinical situation. This would be achieved through a sophisticated exploitation of the actual patient’s multiscale data, such as molecular, histological, imaging, clinical and treatment data, and would involve the execution of computer models.

Deeply inspired by Newton’s Mathematical Principles of Natural Philosophy, or Principia, I proposed viewing such an approach slightly poetically, as an extension of Newton’s Principia to the natural phenomena involving living matter – diseases and their response to treatment, for example.2

Obviously, unlike the case of Newton, the practical realization of such a conceptual extension presupposes joining research forces on a global scale. This is primarily due to the extreme complexity addressed, as well as the need to recruit significant numbers of patients with very specific conditions for model shaping and validation purposes.

Extensive work on multiscale modeling of cancer by my research group at the School of Electrical and Computing Engineering, National Technical University of Athens3 offered me the practical framework for the proposition of the notion and the concept of ‘in-silico radiation oncology,’ the first exact paradigm of generic ‘in-silico medicine.’4 This approach was first published in Proceedings of the Institute of Electrical and Electronics Engineers (IEEE) back in 2002.5 A key step of the approach that clearly positioned in-silico medicine within the real clinical environment took place in 2004 when I first met Norbert Graf, professor of Pediatric Oncology at the University of Saarland, Germany and chairman of the Renal Tumors Branch of the International Society of Pediatric Oncology.

Regarding the academic evolution of this new field, a key milestone was the formulation, the approval, and the teaching of the first global postgraduate course on in-silico medicine, which I first taught at the National Technical University of Athens in 2014.8

Nowadays, it is satisfying to realize that in-silico medicine has already become both the focal point and the key objective of academic, industrial, and regulatory initiatives and societies at the global forefront, such as the Virtual Physiological Human Institute9 and the Avicenna Alliance.10

The Yuan: Can you tell us how in-silico medicine has embraced AI-based models?

Georgios S. Stamatakos: The concept of in-silico medicine started with the development and the exploitation of rather deterministic mechanistic multiscale models (MMM), which are models that mathematically describe and simulate key biological phenomena at several scales of biocomplexity – for example, from atoms to molecules to cells to tissues, to organs, to systems of organs, and to the whole body.

However, the excessive complexity, the great factor variability, and the quantitative knowledge gaps present in certain biological phenomena, especially in diseased states, has led to the hybridization of MMM with explainable, trustworthy artificial intelligence (AI) techniques and strategies.

The latter may be very efficient for specific problems, provided that pertinent datasets for the driving, training and validation of AI models are sufficiently available. For a plethora of clinical scenarios, pure AI approaches have been able to prove the only realistic in-silico medicine strategies discovered thus far. Therefore, current in-silico medicine covers the whole modeling continuum from pure mechanistic multiscale modeling up to pure AI approaches. Hybridizations of MMM with AI lie somewhere in between.

The Yuan: You have proposed the concept of the ‘oncosimulator,’ a piece of mathematical modeling, simulation, and visualization software for cancer. Do you think that the results from its use or from other similar in-silico experimental platforms can enter routine clinical practice as decision-making tools?

Georgios S. Stamatakos: This is clearly the practical goal of medical simulators (digital twins), AI-based clinical models and hybridized systems in-silico medicine. There is a lot of work, including model development and verification, technological integration, clinical adaptation, and validation, as well as regulatory certification that is currently being done in this context by the wider in-silico medicine community, including both my research group and my collaborators worldwide. The degree of clinical translation differs across the clinical problems and the contexts addressed, though clinically excellent paradigms have already appeared. For an effective translation of medical simulators and AI-based models into clinical practice, experience has shown that a sine qua non prerequisite is the massive, in-depth and enthusiastic involvement of medical doctors starting from the very conception of in-silico medicine tools, methods, and strategies.

The Yuan: Within the European Union-funded project BOUNCE, you have led the development of an in-silico tool for predicting resilience in women diagnosed with breast cancer. Can you tell us more about that?

Georgios S. Stamatakos: Coping with breast cancer has been acknowledged as being a major socio-economic challenge. There is a growing need for in-silico approaches to predict and enhance the resilience of women to the variety of stressful experiences and practical challenges related to breast cancer. In this context, a prospective clinical study was deployed in four major clinical centers in the EU (Finland, Italy, and Portugal) and Israel within the framework of the EU-funded project BOUNCE.11

A series of clinical sub-studies of the project refers to 558 patients and consists of trajectory clustering and predictive modeling. The exploitation of the data generated by the study has led to the development of a large number of AI-based in-silico models for the prediction of resilience-related psychological, psychiatric, and functional parameter trajectories in women with early breast cancer. Numerous factors, including clinical, biological, psychological, functional, and socio-demographic data, have been considered as being potential determiners and predictors of resilience-related trajectories. Advanced clinical validation levels of the developed models have also been achieved.